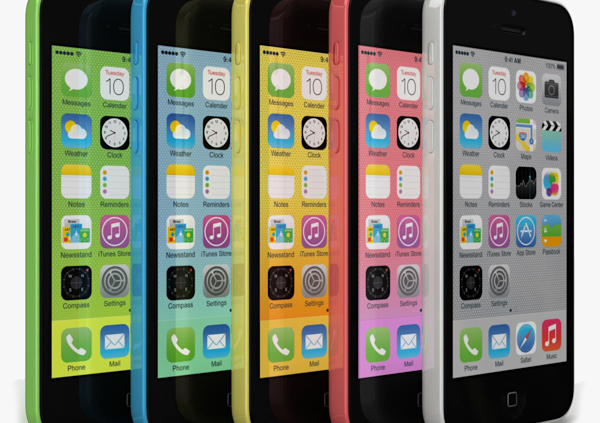 Yesterday, Apple introduced the iPhone 5c to a waiting market. According to Philip Schiller, Apple’s senior vice president of Worldwide Marketing “ the iPhone 5c is everything iPhone 5 was and more, in an all-new design packed with great features”

The “c” designation after the iPhone5 stands for color. Keeping the color scheme in line with it’s other current offerings in the iPod line, the five colors are as follows: white, pink, blue, green, and yellow. Curiously missing from the color lineup are more conservative colors like gray or black. Apple is known to do it’s homework thoroughly when launching new products or new, upgraded iterations of an existing product line. It is difficult to imagine that with all of the time and attention in development that this direction change must have taken, that Apple could have overlooked any potential market demand issue. Still, time will tell how well this color offering is received. Obviously, the case colors were meant to coordinate well with the new iOS, and that was probably the idea.

The iPhone 5c showcases features already familiar to existing iPhone users like Apple’s standard 4-inch Retina display. For processing power it utilizes Apples own speedy A6 chip which also consumes less power than previous chip models used. According to the specs on Apple’s site the battery life is also quite impressive.

Here is a short list of some of its other most notable features:

More LTE bands (up to 13) than any other competitors phone

What is regarded to be a significant iOS operational update and graphic redesign: iOS 7

Just in case it wasn’t clear from the above line item, the new iPhone will be shipping with the iOS pre-installed and ready to go.

Official outlets are saying that the iPhone 5c will be available in the U.S. on September 20 for a suggested retail price of $99 for the 16GB 5c model  and $199 for the 32GB 5c model. It would be amazing if these were the actual outright purchase prices, but they are instead the carrier subsidized prices, and will require some type of contractual commitment from the cell phone service provider. Interested customers can place a pre-order for their iPhone 5c with Apple on their online web store or place an order by going into any Apple store retail location starting September 13.