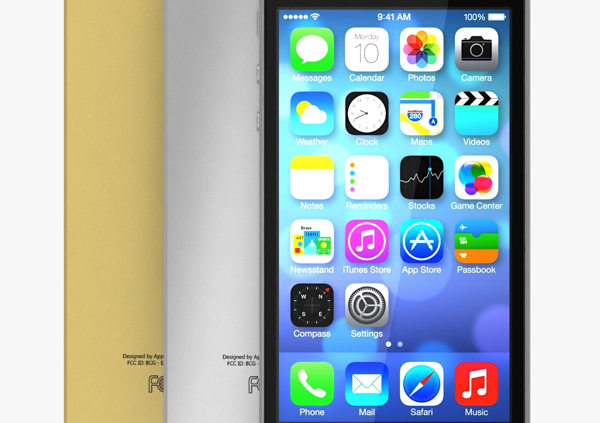 Apple new product launches rarely live up to the pre launch hype, not because they aren’t excellent products, but because the hype and speculation is so overinflated. Yet in spite of all the pre-release hyperventilating, Apple always manages to keep a few surprises up their sleeve. The official announcement of the new iPhone 5s came yesterday. As expected, it is being billed as the most advanced iPhone yet — because that is what it is.

Notable features:
It sports a blazing fast new A7 chip (made by Apple), which makes the iPhone 5s is the first smartphone in tech history to have 64-bit processing architecture. What this means to users is that they can expect a very snappy performance when using the phone.  App launching will now be noticeably smoother than silk, and for those who use their phones to play graphically intensive games a whole new world of immersive, instantly responsive graphics awaits. Improved data crunching in 64-bit chunks also means that those who use their phone to edit photos on the fly will have new power at their fingertips…literally.  It would be hard to imagine even five years ago that this type of processing power could be found in a phone when it has previously only been in a desktop. It’s equivalent to having the power of desktop processing in your pocket or purse.

One of the most discussed and highly anticipated features of the new iPhone is the Touch ID fingerprint sensor. Other have tried to incorporate this technology into their products in the past, but it turned out that it was not ready for prime time. Now, it seems, Apple has figured out how to allow users to securely unlock their phones by using their finger as the password.

Below is a list of additional iPhone 5s notable features:

Increased battery life when compared to the iPhone 5

A new and never before seen Touch ID fingerprint sensor…. if it can live up to the hype it is worth repeating again here

An all new 8 megapixel iSight camera

More LTE bands (up to 13) than any other competitors phone

Ships with the much heralded iOS 7 operational update and graphic redesign already pre-installed.

The iPhone 5s will have an anodized aluminum case like it’s predecessor the iPhone5, and will be available in three new colors: gold, silver, or space gray. The iPhone 5c will be available in the U.S. for a suggested retail price of $199 for the 16GB 5s model, $299 for the 32GB 5s model, and $399 for the 64GB 5s model. As noted in our companion news brief on the iPhone 5c, these are the carrier subsidized prices, and require a contractual commitment from a cell phone service provider. Interested customers can place an order by going into any Apple store retail location or can place a pre-order for their iPhone 5c with Apple on their online web store starting September 20.