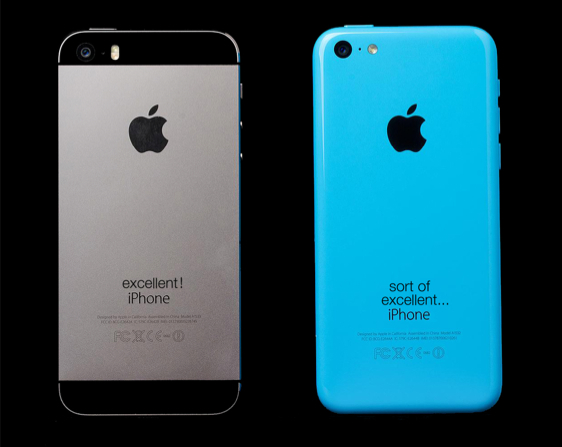 Since the initial excitement from the highly anticipated launches of Apple iPhone 5s and iPhone 5c has now receded to a mild buzz, it has now become apparent the degrees to which the adoring public has accepted the two products. It seems that consumers are not as interested in the iPhone 5c as they are the 5s.  On the other hand, there is ample and growing evidence that Apple’s new flagship phone the iPhone 5s, is a resounding success. As a result, Apple has reportedly undertaken some production adjustments.

According to recent report published by the consumer electronics research firm NPD Group: The diverging fates of Apple’s iPhone 5s and 5c have been widely reported, and our latest channel checks confirm that Apple indeed has cut back 5c production by 35% and increased 5s production by 75%.

The general market expectation that the iPhone 5c would be a more affordable version of the new iPhone offering may have created widespread disappointment. It is widely thought that this well-worn rumor affected how the product was received, contributing to the less than projected sales numbers. Apparently, it was never Apple’s intention to develop a product that would appeal to the “low-cost” smartphone segment. Apple continues to resist the strong market pressures of those clamoring for it to make an economy version of its well-regarded premium smartphone line.

Could it be that something is missing…

Apple very seldom makes the types of missteps in product launches that have characterized the offerings of Microsoft in the last decade, and they will never lose face by pulling the plug on the iPhone 5c. Maybe nobody noticed, but a certain classic color is conspicuously missing from the 5c color lineup. It is a fact that bright colors do not resonate with everyone. Personally, this writer believes that fine-tuning the color line up and adding the standard tech color of black would be in order. This move would appeal to a more conservative user base (i.e. men), the type of person who likes the phone…but not the colors.

It is possible, although unlikely, that Apple may end up having to cut the 5c’s price to make it more appealing. If this scenario were to happen (to the delight of all Apple fanboys and girls) everyone would be a winner in the end, and who doesn’t like a happy ending?