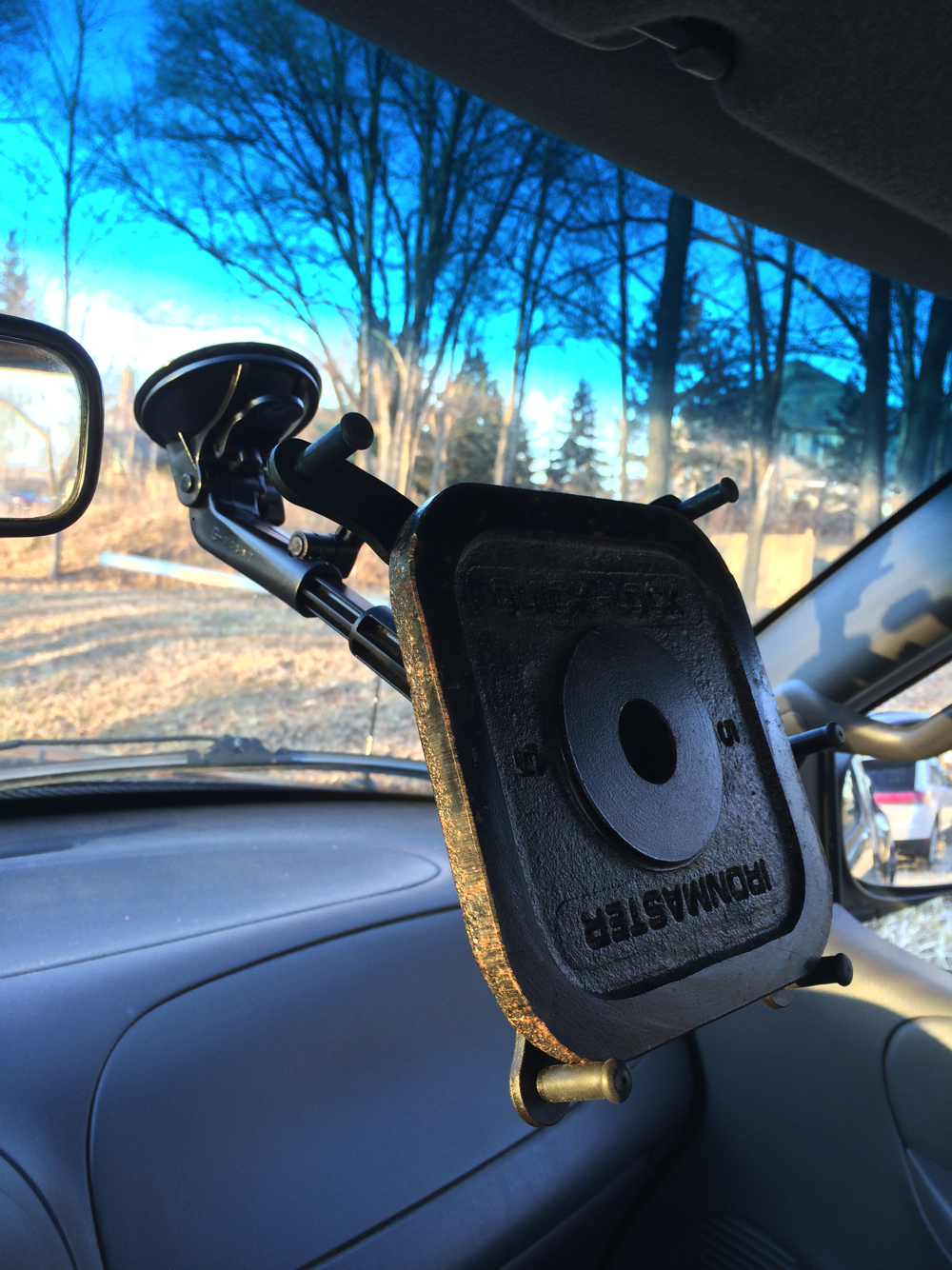 Featured here for reference are three pictures from the field test we conducted on our standard tablet size mount, which will hold a full size Apple iPad and over 38 other similarly sized tablets. The vehicle shown in the pictures was always stationary  and was never taken on the road during the time our performance test was conducted.

The purpose of the test was to see what the breaking/failure point of the mount would be. As it turns out, the mount never failed. We felt that considering the position the mount arm was in and the significant leverage generated from 10 pounds of cast iron hanging on it would be sufficient enough to ensure no one who owns a Maxx Mount would encounter any issues with the product breaking or coming off a windshield from suction loss.

In our 5 pound test, the mount was weighted with a 5 pound cast iron weight for a period of 48 hours. The mount arm was fully extended (it telescopes) and positioned at an angle that would generate maximum leverage and pull off force. At the conclusion of the test the suction cup had not released from the windshield and there was no mount failure.